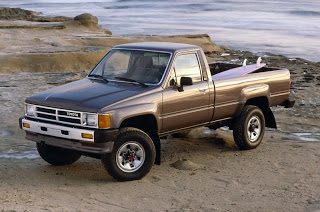 Ford’s ridiculously strong F-Series sales month required the brand to only sell another 3987 vehicles in order for the Blue Oval to outsell every other automobile brand in August 2012. The F-Series stole 7.75% of the overall new vehicle market, and with the Escape on its side – excluding every other FoMoCo product – Ford outsold all automobile brands by at least 655 units.

High volume pickup trucks are nothing new in Canada: the F-Series has been Canada’s best-selling vehicle line for decades. Steep discounts are currently driving volume forward at a rate which, in the F-Series’ case, far outpaces the market’s growth. F-Series sales are up 15% in 2012 while the overall new vehicle industry is up just 7%. In August, F-Series sales shot up 26% while the market grew just 6%.
As is made obvious in the table below, the Ram P/U and Toyota Tacoma are also selling more and more and more and more while the industry just grows… more.
All 259 Vehicles Ranked By August 2012 YTD Canadian Sales
Combined, the GMC Sierra and Chevrolet Silverado crushed the Dodge Ram by 2207 sales but were crushed by the Ford F-Series to the tune of a 3798-unit gap. In other words, if another GM brand sold a popular pickup truck, it would have needed to be more popular than the Chevy Silverado for General Motors to outsell the F-Series.
Historical monthly and yearly sales figures for all these models can be accessed through the first dropdown menu at GCBC’s Sales Stats home. GoodCarBadCar only recently published lists of Canada’s 20 best-selling cars and 20 best-selling SUVs and crossovers. The overall brand rankings which were published Tuesday shine an informative light on the F-Series’ August dominance. Below you’ll find detailed rankings of Canada’s five best-selling trucks, with more to come on the whole truck segment in the next couple of weeks.