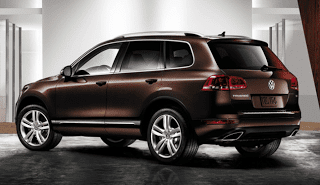 BMW has struggled to supply some of its models of late as the model year changes. Fortunately for BMW’s Canadian dealers, the company’s most popular car was widely available in August 2012. The X1 still outsold Cadillac’s SRX, Mercedes-Benz’s M-Class, and the Volvo XC60 in August.

Historical monthly and yearly sales figures for all these vehicles can be accessed through the first dropdown menu at GCBC’s Sales Stats home. Links to other key August best seller lists can be clicked at the bottom of this post.

Source: Manufacturers & ANDC
Red font indicates year-over-year declining sales
GCBC qualifies all vehicles from Lexus, Mercedes-Benz, BMW, Acura, Cadillac, Audi, Infiniti, Lincoln, Volvo, Land Rover, Porsche, and Jaguar while also making exceptions for overtly premium cars like the Chevrolet Corvette, Nissan GT-R, Volkswagen Touareg, Hyundai Equus, and (reluctantly) the Hyundai Genesis sedan. Buick’s lack of anything truly high-end hinders its value-priced vehicles from qualifying as premium, despite the image Buick held in a previous era. Yes, this means the B-Class is eligible because of the S-Class; the A3 because of the R8, to an extent. Unfortunately the lack of data separating vehicle trim lines from one another (F-150 XL vs F-150 Platinum, for example) means vehicles like the GMC Yukon Denali and Jeep Grand Cherokee SRT8 aren’t included. None of this should lead you to believe the Chrysler 300 and Toyota Avalon and Buick Enclave aren’t luxurious, particularly as they’re viable competitors for true premium players.