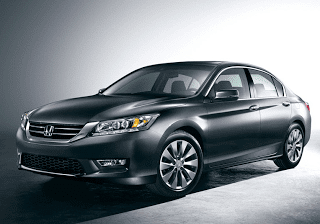 Canada’s auto industry began reporting August 2012 sales results early on the morning of September 4 with impressive figures from Porsche, Chrysler, and Fiat. As the day wore on, we soon discovered the market posted a year-over-year increase of 6.4% with a year-to-date improvement of 6.7%.

Ford, despite a 1.4% drop, led the way on volume terms with 24,921 sales. Ford sold an astonishing 11,580 F-Series pickup trucks, enough to account for 7.8% of the overall new vehicle market without even including Ford’s cars, SUVs, or crossovers.

Honda and Chrysler stood out from the pack with 50% and 88% improvements, respectively. Conversely, Chevrolet dropped 19.5%; Nissan fell 18%; and Cadillac, Lincoln, and Volvo all fell greater than 20%.

Through eight months, BMW trails Mercedes-Benz by 1397 units in the race to be Canada’s favourite luxury brand. August was, however, BMW’s month, as the blue and white propeller outsold the three-pointed start by 464 units.

Sales figures for the majority of individual models will also be made available through the first dropdown menu at GCBC’s Sales Stats home where they’ll join historical monthly and yearly numbers. For the few automakers which don’t make those model-specific numbers available today (BMW, Honda, Mercedes-Benz, Subaru, and a few others), we’ll add them by the middle of the month.

The U.S. edition of this August brand-by-brand rankings post has already been published. Below, the Canadian table has been completely updated with August info.