Monday marks the day on which manufacturers will release auto sales data for September 2011. TrueCar expects to see the market grow by 10% compared with September 2010, though the market will retract slightly from August. Educated guesses for specific automakers are indeed just that: hypotheses.

That said, Japanese production is on the rise, a factor which should surely help North American volume rise, if not in September than in the near future. And Ford believes U.S. sales were stronger in September than they’ve been since early this year.

September data isn’t yet here, of course. We owe it to ourselves to look back at August 2011 in order to be properly prepared for Monday and all the charts The Good Car Guy will publish in the days thereafter.

Only one of America’s Top 10 Best-Selling Trucks reported a year-over-year decline. That truck was the Toyota Tundra. The Toyota Camry was America’s best-selling car. Through the first two-thirds of 2011, the Camry’s year-to-date lead over the Nissan Altima, its closest rival, was more than 28,000-units strong. By the end of August, the Ford Escape’s lead over the Honda CR-V as the best-selling SUV in America was 26,284 sales. The total market share of America’s 20 best-selling vehicles was 38.3%.

With the F-Series and Escape bringing in their fair share of sales, the Ford Motor Company’s U.S. market share in August was 16.3%, 4.1 percentage points behind General Motors. Dominant though their parent brands are, American luxury brands combined to own just 17.5% of the luxury market in August. America’s favourite luxury vehicle in August was the BMW 3-Series, 2271 sales ahead of the Lexus RX. Luxury sales appear numerically strong, at least until you get a look at the complete August truck sales chart.

On September 4, The Good Car Guy made note of the fact that the Nissan LEAF out-sold a lot of cars in August, including the Nissan Armada and Mazda 5. The LEAF came within 25 sales of the Mazda 2. This means the LEAF easily missed landing on America’s Worst-Selling Cars list, an escape the Chevrolet Volt couldn’t make. It’s not as though the Volt led the pack, a feat accomplished by the Honda Ridgeline, Hyundai Azera, and Lexus LFA, depending on how you like your worst-selling vehicle list compiled.

Sales of the new 2012 Chevrolet Sonic began in August. They’ll get moving soon, but it’ll be tough for Chevrolet to sell one of the more expensive subcompacts when the company’s compact car is the best-selling vehicle in its class. Up another notch in size, the Chevrolet competitor ranked sixth among midsizers, just behind the Ford Fusion. Chevrolet also sold 203 copies of the Australian-bred Caprice cop car.

The Chevrolet Equinox may lose out to the Ford Escape when challenging for America’s best-selling SUV crown, but boys does General Motors ever sell a bunch of utility vehicles every month. Not so much with the minivans for General Motors, a category still dominated by the Chrysler Town & Country and Dodge Grand Caravan, a duo which grabbed 47% of August’s minivan market.

The large luxury car segment has become Nascar-like in its ability to find sales parity. August’s leader, the Mercedes-Benz S-Class, out-sold the segment’s weak link (Jaguar’s XJ) by only 674 units last month. The Mercedes-Benz E-Class out-sold the Acura RL by 5587 units, a 136-to-1 ratio. Speaking of Acura, the MDX finds more than 38 buyers for every single ZDX buyer.

Let the conversation steer northward across the border. With just two brands, the Ford Motor Company’s Canadian market share was 18.5% in August. GM, with four brands, trailed with 17.8% of the market. Cadillac and Lincoln combined for just 11.8% of the luxury market. Canada’s 20 best-selling vehicles owned more than half the market. 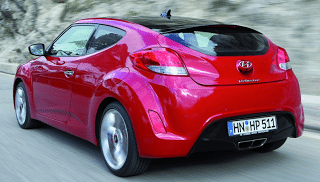 Canada’s worst-selling car was the Hyundai Veloster, but that’s a hugely misleading statistic. The Veloster only went on sale at the very end of the month. The Acura RL deserves to wear that embarrassing crown.

Armed with that knowledge it’s pretty easy to figure out that the Elantra was the best-selling car in its category, something which can also be said of the Chevrolet Malibu and Chevrolet Impala. The same statement can be made of the Ford Escape, Ford Edge, and Ford Expedition, though the Edge and Expedition were rightfully challenged by a host of GM products.

67% of all minivans sold in Canada in August were Chryslers or Dodges. Mostly Dodges. Precisely one-third of all trucks sold in Canada in August were Ford F-Series pickups. At the opposite end of the car market from minivans and pickups are sports cars. Porsche fans will be happy to hear that Cayman sales shot up 400%. Boxster sales doubled. The 1-Series M has done nothing for overall 1-Series sales, not that we thought it would in a market like Canada. But BMW 1-Series sales have actually tanked. 5-Series sales have not, even if the 5-Series GT’s reverse halo effect could have resulted in something nasty.

The small luxury SUV category features a great deal of parity, though BMW’s two entrants combined to beat the next-best Mercedes-Benz GLK by more than 200 units. Not quite as hip as the BMW X1, Cadillac DTS sales slid to just one in August. Lincoln sold two Town Cars. Other large luxury cars fared somewhat better.

Back in the UK, Ford’s Fiesta was the best-selling car as per the norm. The Volkswagen Group, with Porsche, owned more than one-fifth of the overall market.

Beyond the regular monthly installments mentioned above, GoodCarBadCar.net also looked at year-to-date sales between domestics and imports in the United States. After that came the sales race between the Nissan Juke, Mitsubishi Outlander Sport, and Mini Countryman. The stacked bar graph is really cool. We also found out that Saab is America’s most improved automaker in 2011 so far. Except really it’s Ford.