The Infiniti QX56 more than doubled its August 2009 sales total last month. When America was a wee bit gung-ho for fuel efficient vehicles last year during Cash For Clunkers, the theory that a full-size luxury SUV based on the Nissan Armada (and then the Nissan Patrol) would double its volume in 2010 would have been laughed at. Through August 31st, the jumbo Infiniti, now available as the improved 2011 Infiniti QX56, had posted a 101% sales increase over 2009 levels. The QX is out-selling the Infiniti FX and Infiniti EX in America this year.

Less expensive but similarly successful in August 2010, the Nissan Armada was one of six large mainstream SUVs to improve sales last month. Only the Chevrolet Suburban and Kia Borrego were worse off this August than in August of 2009.
Sales Stats for every large SUV available in America are in the Graphs below. 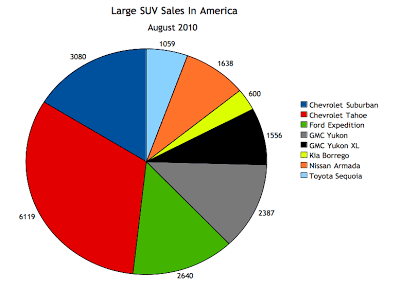 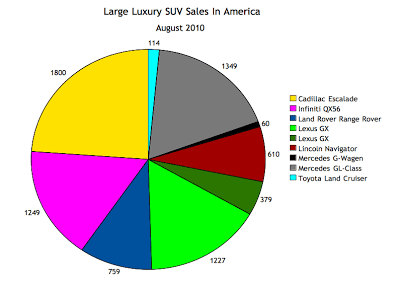