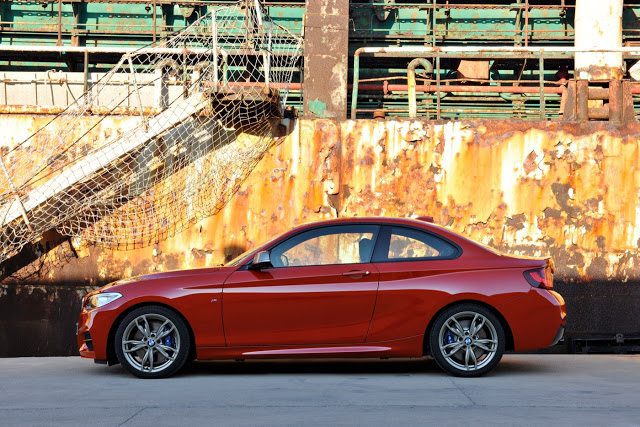 It begins at the top of the heap and carries all the way to the bottom. The five top-selling cars in America, from the Toyota Camry through to the Nissan Altima, are all selling less often in 2017 than in 2016.

But the red ink continues throughout these complete year-to-date sales rankings of every passenger car on the market. Continuing nameplates such as the Jaguar XF, Acura ILX, Chevrolet Sonic, Lexus RC, Kia Rio, and BMW 2-Series are all down by at least 40%, year-over-year.

The problems cross all sectors of the car market and all manufacturers. Consumers want crossovers, not cars. Sales of SUVs and crossovers are up nearly 8% this year, and for every car sold in America in the first four months of 2017 there have been 1.1 SUVs/crossovers sold.

There is one controversial addition to the passenger car fleet for April 2017. Toyota sold its first 550 copies of the C-HR, which the brand wants you to consider as a subcompact crossover. But Toyota isn’t offering all-wheel drive in the U.S. market, and the C-HR has roughly the same dimensions as the old Toyota Matrix.

Reminder: these are 2017 year-to-date rankings, but you can sort cars by April volume by clicking the April 2017 column header, or you can rank cars by improvements or declines using the % columns. Or, most importantly, you can list automakers together by selecting the Car column header.

Source: Automakers & ANDC & WSJ
* Italicized, asterisked, unranked lines are nothing more than available breakdowns, already included in the model’s total, not in addition to the model’s total.
² Total Prius Family sales: -19% to 9708 in April; -17% to 36,342 YTD.
³ Hyundai USA combines sales of the Genesis and Genesis Coupe.
° Overall market figure is a combination of all reported sales figures.
Sales data for brands such as Aston Martin, Ferrari, Lamborghini, Lotus, Rolls-Royce etc. are unfortunately not broken down by model. estimates say sales for Aston Martin and Lotus in 2017’s first four months were 228 and 12 units, respectively.
Tesla, unfortunately, doesn’t release model-specific monthly U.S. sales data, but we source estimates from HybridCars.com and The Wall Street Journal.
HybridCars.com Model S sales estimate: -29% to 1200 in April; down 13% to 7200 YTD.
WSJ Model S estimate: down 12% to 1850 in April; down 6% to 7650 YTD.