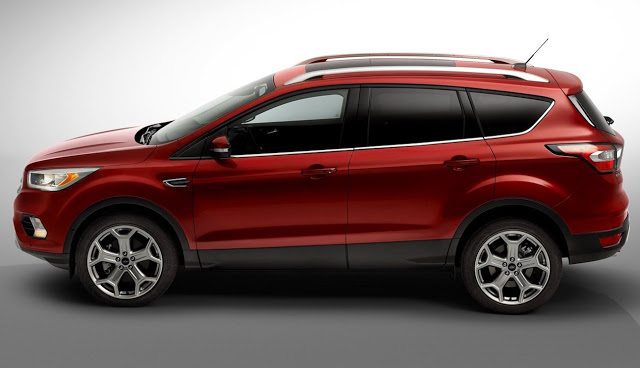 Canadian sales of SUVs and crossovers are up 6% this year but grew only marginally, by less than 1 percent, in April 2017.
Granted, the industry as a whole reported a year-over-year sales decline in April. Excluding SUVs/crossovers, Canadian new vehicle sales volume was down 3% last month.
Canada Vehicle Sales Rankings By Model – April 2017 YTD
Canada Passenger Car Sales By Model – April 2017 YTD
Fortunately, automotive dealers have higher-profit SUVs and crossovers to sell. The category now accounts for 40.2% of all Canadian new vehicle sales, compared with 31.5% for cars. And of the 249,000 utility vehicles sold in Canada so far this year, more than a quarter of have been top sellers: Honda CR-V, Toyota RAV4, Nissan Rogue, Ford Escape, and Hyundai Tucson.
Those five vehicles combined for nearly 67,000 sales in the first one-third of 2017, up from 57,000 a year ago. That gain of roughly 10,000 sales in only four months accounts for two-thirds of the growth in the category.
Canada SUV/Crossover Sales By Model – March 2017 YTD
Canada SUV/Crossover Sales By Model – April 2016 YTD
Four of the five are on track for their best years ever.
Reminder: these are 2017 year-to-date rankings, but you can sort vehicles by April 2017 volume by clicking the April 2017 column header, or you can rank vehicles by improvements or declines using the % columns.

Canada Pickup Truck Sales By Model – April 2017 YTD
Canada Minivan Sales By Model – April 2017 YTD
As always, you can find historical monthly and yearly sales figures for any of these vehicles by selecting a make and model at GCBC’s Sales Stats page. Mobile users can now thumb across the table for full-width access.
Click Column Headers To Sort • March 2017 • April 2016
Source: Automakers & Global Automakers Of Canada & ANDC
* Italicized unranked lines are nothing more than available breakdowns, already included in the model’s total, not in addition to the model’s total.
º Land Cruiser is a commercial vehicle in Canada.
Sales data for brands such as Ferrari, Lamborghini, and Rolls-Royce are unfortunately not broken down by model. estimates say sales for those brands in 2017’s first three months were 80, 72, and 32 units, respectively. It is believed that Tesla sold 769 new vehicles during the first three months of 2017.