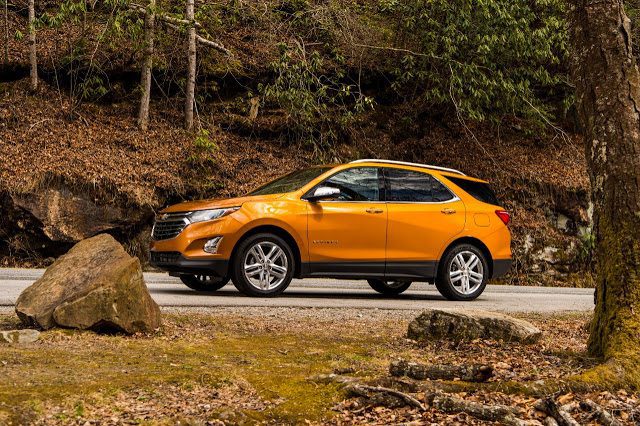 After record-breaking performances from the Nissan Rogue stirred the American SUV/crossover pot in the first-quarter of 2017, the Honda CR-V stood head and shoulders above its rivals in April 2017 and now trails the Rogue by only 2079 sales heading into the final two-thirds of 2017.

Despite a slowdown in the overall American auto industry, SUV/crossover sales remain healthy overall. Among the 20 most popular utility vehicles in April, only five failed to generate more sales in April 2017 than in April 2016.

Sales of the all-new Chevrolet Equinox, however, were flat.

Historical monthly and yearly sales figures for any of these best-selling SUVs and crossovers can always be accessed through the dropdown menu at GCBC’s Sales Stats page, and for those not viewing the mobile version of this site, near the top right of this page, as well. Mobile users can now thumb across the table for full-width access. GoodCarBadCar has already published the list of America’s best-selling trucks in April and will shortly publish the list of America’s 20 best-selling cars.