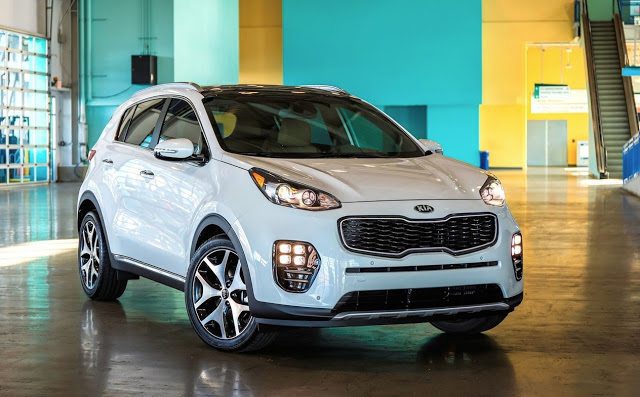 Seven of the 20 top sellers, including the top-ranked Toyota RAV4, grew faster than the SUV/crossover sector as a whole. For the RAV4, April was the sixth consecutive month of SUV/CUV sales leadership and the third-highest-volume month in the nameplate’s history. Only twice before (August 2014 and December 2015) has the RAV4 produced more than 30,000 sales.

Through the first one-third of 2016, the fastest-growing vehicles are almost all SUVs and crossovers: Discovery Sport, XC90, QX50, Renegade, X1, Q7, Tucson, MKX, GLC/GLK, LX570, Outlander, Tiguan, Compass, Murano, Sportage, LR4, and X3 have all produced gains of at least 50%.

The Lexus RX, ranked 19th overall, is the premium utility vehicle leader. Lexus is on track to report record RX sales in calendar year 2016, achieving greater numbers even with the more affordable new NX sitting alongside its big brother in Lexus showrooms.

Across the premium spectrum, automakers are struggling to achieve the kind of volume they recorded at this stage of 2015. But SUVs and crossovers aren’t to blame.

Yet premium sales at Mercedes-Benz, BMW, and Lexus – America’s three top-selling premium brands – are collectively down 5% in a growing market.

Source: Automakers & ANDC
* Italicized, asterisked, unranked lines are nothing more than available breakdowns, already included in the model’s total, not in addition to the model’s total.
° Overall figure is the total of SUV/crossover sales from all brands which report model-specific sales figures.
Tesla, unfortunately, doesn’t release model-specific monthly U.S. sales data, but we source estimates from HybridCars.com.
Model X estimate: 1500 in April; 3900 YTD.