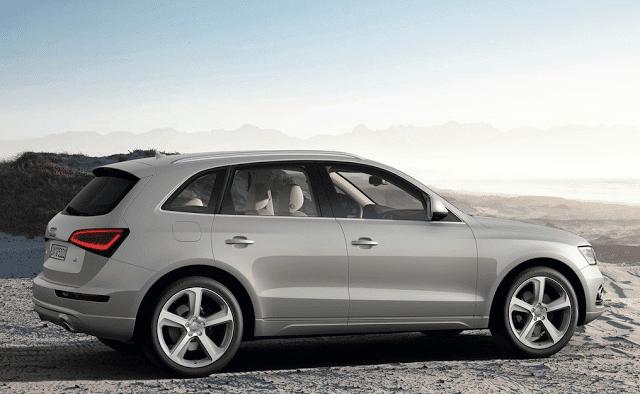 The Ford Escape outsold the Toyota RAV4 by 835 units in April 2015 to drive its Canadian year-to-date sales lead up to a safer 981 units.
The Escape is Canada’s traditional top seller in the category. But Ford is seeing that position endangered by Escape volume that’s sliding while many of its top rivals are surging. Overall SUV/crossover sales jumped 14.5% to more than 64,000 units in April; year-to-date sales are up 6% in a market that’s up a little less than 4%.

From the RAV4 to the Honda CR-V to the Nissan Rogue, the rate of expansion among family-sized utility vehicles is something to behold. Together, those three Japanese nameplates assembled 10,986 Canadian buyers in the month of April 2015, 1573 more than the same three nameplates managed a year ago.

Many top-selling premium brand nameplates reported noteworthy increases in April, as well. The aging Audi Q5, despite being challenged by the fresher and more affordable Q3 in Audi’s own showrooms, was up 32% to 904 units, a record for the Q5. The Q5-fighting BMW X3 was up 45%, Lexus sold 549 NX crossovers, Mercedes-Benz GLK volume jumped 26%, and Cadillac SRX sales jumped 49% to a record-high 744 units.

On the whole, SUVs and crossovers accounted for 34% of new vehicle sales in Canada over the first four months of 2015, up from 33% during the same stage of 2014.

Reminder: these are year-to-date rankings, but you can sort vehicles by April 2015 volume by clicking the April 2015 column header, or you can rank vehicles by improvements or declines using the % columns. Or, most importantly, you can list automakers together by selecting the SUV/Crossover column header. At any time, click the Rank column to return to the original format. If you’re on a mobile device, you may need to choose the full version of the site (at the bottom of the page) in order to use the sortable function.

Source: Automakers & Global Automakers Of Canada & ANDC
* Italicized unranked lines are nothing more than available breakdowns, already included in the model’s total, not in addition to the model’s total.
³ Total Santa Fe sales: down 0.7% to 3570 in April; down 4.2% to 10,364 YTD.
º Land Cruiser is a commercial vehicle in Canada. Rather than listing the 500L with the Mini Countryman in these SUV/crossover rankings, it’s with cars in large part because it is not available with all-wheel-drive. The placement of numerous crossovers often prompts disagreement, but consider the vehicle type’s name: crossover. By its very definition, it crosses over from one category into another. The very act of calling, for example, the Toyota Venza a car or a utility vehicle requires ignorance of the fact that the Venza (or Outback, Crosstour, Encore, Countryman, 500L) is a square peg that can’t be squeezed through a round hole.