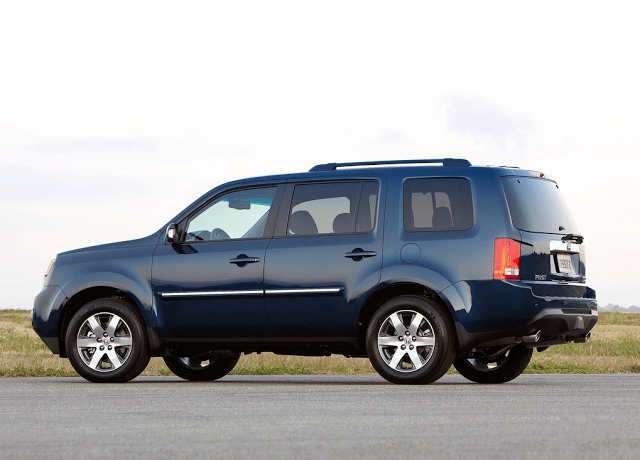 America’s utility vehicle category posted a 15% year-over-year improvement in April 2015, a gain of 66,000 more SUV/crossover sales than during the month of April 2014.

The Honda CR-V led the category, just as it did in each of the previous seven months. As Honda prepares to launch their third-generation Pilot, sales of the current model are booming thanks to a clear-out at American Honda. Pilot volume is up 56% through the first one-third of 2015. The Pilot ranks twelfth among SUVs and crossovers, up from 19th at this stage a year ago.

Against its direct rivals, the LR2 has one key advantage: a third row. It isn’t adult-friendly, but it’s there when the need arises. The Audi Q5, Lexus NX, Mercedes-Benz GLK, Acura RDX, and BMW X3 offer no such third row.

Yet the newest SUV making waves in April wasn’t the just-arrived Discovery Sport but rather the Jeep Renegade. In its first full month, the Renegade produced 4214 U.S. sales, good enough for 33rd on the monthly leaderboard, ahead of the Chevrolet Suburban but just behind the Kia Sportage. Expect it to climb higher, although increased competition is set to arrive in the form of the Honda HR-V, Mazda CX-3, and Fiat’s own 500X, a vehicle that’s closely related to the little Jeep.