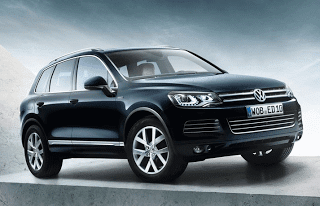 The U.S. auto industry collected 1,467,409 sales via 88 SUVs and crossovers in the first four months of 2013. 27% of those sales came from the five best-selling utility vehicles in America, the Ford Escape, Honda CR-V, Chevrolet Equinox, Ford Explorer, and Toyota RAV4. Combined, the top five outsold the bottom 61 utilities in the first third of this year.

These 88 SUVs and crossovers accounted for 29.5% of the U.S. new vehicle market, both year-to-date and in April. If you were persuaded to include the Honda Crosstour, Toyota Venza, Audi A4 Allroad, Volvo XC70, Subaru XV Crosstrek, and Subaru Outback in the SUV list (and not with 143 other passenger cars), then utility vehicle sales would rise to 1,542,611, equal to 31% of the overall new vehicle market.

The Outback, America’s 21st-best-selling car, would rank as America’s 12th-best-selling SUV. The debate about vehicle classification has always been pointless, and we’re now realizing more than ever that it’ll be an endless one. Buick Encore? Mini Paceman? Nissan Juke?

We’ve got all three here, but they could easily join the car list. For that matter, so could the Ford Escape, Honda CR-V, and Chevrolet Equinox, America’s three most popular ess-you-vees. All three can deliver decent empeegees, after all.

36 different SUVs and crossovers have sold less often this year than last. Six of those vehicles have been cancelled, however. This means nearly two-thirds of SUV nameplates have sold more often in 2013 than in 2012, at least through these first four months. Some of the biggest gains belong to vehicles which weren’t on sale in all of 2012’s first four months (JX35, CX-5) or have enjoyed a wholesale replacement (Pathfinder, RDX). But the Mercedes-Benz G-Class, GMC Yukon XL, Toyota Land Cruiser, and Audi Q7 have all posted improvements of at least 40%: big improvements for big SUVs.

GoodCarBadCar isolated pickup trucks, minivans, commercial vans, and passenger cars already. In a market which reported These utility vehicles, with an extra 161,355 units between them – having lost 12,066 sales from the departures of the Dodge Nitro, Mazda CX-7, Mazda Tribute, and Suzuki XL7 – are up 12.4% in 2013.

These are year-to-date rankings, but you can sort SUVs by April volume by clicking the April 2013 column header, or you can rank SUVs by improvements or declines using the % columns. Or, most importantly, you can list an automaker’s cars together by selecting the SUV/Crossover column header. Just remember, the list is horizontally flipped from the norm: YTD on the left, monthly data on the right.

Source: Manufacturers & ANDC
Red font indicates year-over-year declining sales
^ Escalade here does not include sales of the EXT, which is shown with pickup trucks.
Italicized unranked lines are nothing more than available breakdowns, already included in the model’s total, not in addition to the model’s total. Sales data for brands such as Aston Martin, Ferrari, Lamborghini, Lotus, Rolls-Royce etc. are unfortunately not broken down by model. estimates say sales for those brands in the first third of 2013 were 276, 648, 184, 88, and 336, respectively.