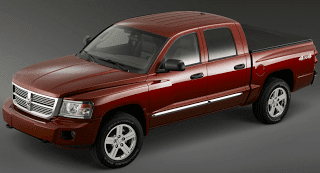 America’s ten most popular vehicle lines are responsible for 23% of the 4.65 million new vehicles sold in the United States so far this year. Pickup trucks alone, the leader of which is America’s best-selling vehicle, accounted for 13% of all new vehicle sales in America in the first one-third of 2012. 16 different pickup truck nameplates have been on offer this year.

Acura’s RL stands out as one of the worst-selling vehicles in America. The vehicles ranked beneath the $48,200 RL are either out of production or, like the Mercedes-Benz B-Class and Lexus LFA, not genuinely for sale in the United States. For every RL sold in the U.S. over the course of the first four months of 2012, 145 Mercedes-Benz E-Class sedans, coupes, convertibles, and wagons were sold. Even last year, when the RL wasn’t fast approaching its replacement date, only 708 were sold in the early part of the year. Acura RL sales have fallen every year since 2005 when Honda’s upper-class division sold fewer than 18,000 units, or fewer sales than the number managed by the E-Class in the first four months of 2012.

Now for unique finishing orders. The Volkswagen Eos is one spot ahead of the Mazda MX-5 Miata, America’s 194th-best-selling vehicle. From position 47 to position 53, you won’t see anything other than U.S. badges. Cadillac’s two top-selling models are grouped together at 75th and 76th. Chevrolet’s Tahoe and Suburban rank 69th and 92nd, but then, slotted in ahead of the 123rd-ranked GMC Yukon (down 17% this year, incidentally) is the Mercedes-Benz GL-Class (up 21% this year, incidentally). It seems quite likely that, at the same time America’s jumbo SUV market very gradually dies off, the appetite for premium jumbo SUVs will grow as the appetite for large sedans shrinks. America’s new vehicle market is up 10% this year: Mercedes-Benz, BMW, Audi, Land Rover, Jaguar, Maserati, and Bentley are all ascending at a faster rate.

The Nissan GT-R was able to find one more buyer than the Mercedes-Benz G-Class between January and April. The Jaguar XJ, ranked 202nd, outsold the Honda CR-Z. The Chevrolet Captiva Sport is three spots ahead of the 112th-ranked Volkswagen Tiguan. At this time last year, the Mazda 5 was sold more than twice as often as the Honda Ridgeline. Yet now, the Ridgeline is the 150th-best-selling vehicle in America; the Mazda 5 is one spot behind.

We could go on, or you could use your Command+F function (Ctrl+F for non-Mac users) to search for vehicles. After the top 30, this list gets rather long and rather challenging to scan with the naked eye. You unfortunately won’t find the Ferrari 458 Italia or Rolls-Royce Phantom Drophead Coupe on this list – companies of that nature don’t generally release model-specific sales data, or any sales data at all.

Historical monthly and yearly sales figures for all models currently on sale in North America can be accessed through the dropdown menu at the top right of this page. Scroll back through GoodCarBadCar’s April 2012 U.S. auto sales recap for a look at segment-by-segment breakdowns, or use the Best Sellers tab at the top of this page to find the specific list you’re looking for. What you will find below are 255 different vehicle nameplates ranked in order of U.S. sales volume from the first four months of 2012, GoodCarBadCar’s vital All Vehicle Rankings post for April.

Source: Manufacturers & ANDC
Red font indicates year-over-year sales decline
Italicized unranked lines are available breakdowns, included in the model’s total, not in addition to the model’s total. Sales data for brands such as Ferrari, Lamborghini, Lotus, Maybach, Rolls-Royce etc. are unfortunately not broken down by model. estimates say sales for those brands through April were 580, 116, 80, 16, and 128, respectively. Total Maserati and Bentley volume is reported, but not by specific models.