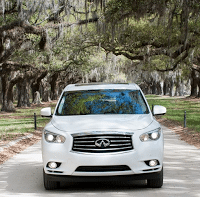 Early reporting from Chrysler Group LLC started April 2012’s U.S. Auto Sales By Brand rankings with a bang. The overall Chrysler family was up 20%, a figure which is substantially better than the industry average of approximately 2%. Ford’s own Blue Oval brand ended April 2012 as America’s best-selling brand, but sales fell 5%.

Fiat once again posted a best-yet sales month. The Chrysler brand hasn’t sold this many vehicles in an April since 2007 – sales jumped 56%, the best gain of any mainstream brand. Jeep has reported two full years of consecutive monthly year-over-year sales gains. Same goes for the Ram brand. TrueCar, however, pointed out that Chrysler spent more money incentivizing cars than any other major automaker in April. Dodge reported in their sales release that Dart production has begun and cars will be on sale in June.

As for the backsliders, Mitsubishi, Cadillac, and Volvo led the way with 35%, 25%, and 24% drops, respectively. Cadillac is forging ahead with a three-model lineup as the ATS and XTS continue to be marketed heavily through press releases. Volvo, meanwhile, is missing its smallest sedan and wagon. The V40 isn’t here yet. Mitsubishi is lacking in its lineup as well.

Subplots from April include Mazda’s one-unit victory over the Ram brand, Mini’s 11% year-over-year loss despite its growing model range, and the ability of GMC and Jeep to grow further even as cars account for a growing percentage of new car sales. Keep in mind when looking at the surprisingly stalled growth at companies like, for instance, Hyundai and Kia, that April’s year-over-year comparisons involve, of course, April 2011. Last April was a booming month. Moreover, there were three fewer days this April to sell cars than there were at this time last year.