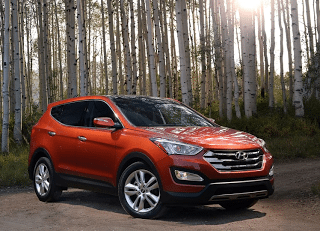 For the first time since ending 2012 as America’s favourite utility vehicle, the Honda CR-V is once again the best-selling SUV or crossover in the United States. But the CR-V’s April 2013 victory wasn’t enough to suck back much of the gap the year-to-date leader has created.

Non-police Ford Explorers weren’t as common a sale in April as the surging Jeep Grand Cherokee. And the Ford Edge was one of just two of the top 20 best-selling utility vehicles to post a year-over-year sales decline. All was not lost at Ford, of course. It remained America’s favourite brand, F-Series sales skyrocketed, and overall utility volume was up 18%, more significant growth than that which was achieved by the overall market.

In comparison with March’s top 20, the Jeep Patriot and Nissan Pathfinder barely fell off the radar. They were replaced by the Dodge Journey and Hyundai Santa Fe. The Lexus RX was still the only premium brand utility vehicle to land in this leading group, although plenty of these SUVs are pricey. Indeed, the Chevrolet Tahoe has a higher base list price than the Lexus.

Historical monthly and yearly sales figures for all these models can be accessed by selecting a make and model at GCBC’s Sales Stats page. America’s trucks have already been ranked, and the list of America’s 20 best-selling cars was published a few moments ago.