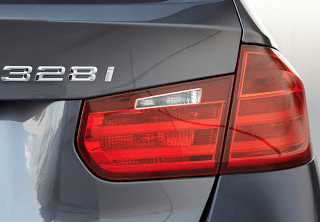 With a still fresh sedan, a brand new coupe, and wagons and convertible availability as well, the BMW 3-Series lineup is selling really rather well. BMW, presumably for consistency’s sake, is currently including sales of the 4-Series in the 3-Series’ total.

In all, multiple bodystyles combined for 11,715 sales in October, 42% of BMW USA’s volume. 3-Series/4-Series sales were 79% stronger than sales of the Mercedes-Benz C-Class, the second-ranked premium brand car in October.

In between, sales of the Lexus RX jumped 15% to 7979 units. The RX sold 42% more often than the second-ranked luxury utility vehicle from Acura, the more costly MDX.

As America’s new vehicle market grew 10.4% in October, Acura, Audi, Bentley, Jaguar, Land Rover, Lexus, Lincoln, Maserati, Mercedes-Benz, Porsche grew at an above-average pace. Together with BMW, Cadillac, Infiniti, Volvo and a handful of sales from Aston Martin, Ferrari, Lamborghini, Lotus, and Rolls-Royce, and excluding the Sprinter van, these premium brands accounted for 12.7% of the new vehicles sold in the United States in October 2013.

Their 15 best-selling vehicles, listed below, were responsible for 52% of their October sales.

Historical monthly and yearly sales figures for any of these models can always be accessed through the dropdown menu at GCBC’s Sales Stats page, and for those not viewing the mobile version of this site, near the top right of this page, as well. The + icon has been removed from year-over-year improvements. Look instead for red font to designate year-over-year declines. We’ve also added prior year data, so you’ll spend less time hunting around GCBC for historical figures.

Source: Automakers & ANDC
Red font indicates year-over-year declining sales
$45,000 USD (before delivery) is an arbitrary borderline, but if GCBC was to follow this system of designating only expensive vehicles as luxury vehicles, adding approximately $15,000 to the average new car transaction price seemed like a fitting place to begin. Plenty of less expensive vehicles with specific models feature prices above $45,000 – M, RS, and AMG models come to mind, specifically – but in the case of the second list, we know that none of the registrations were of cars priced at $32,550, as would be the case with the new BMW 320i, which costs less than a Honda Accord V6 Touring. The biggest problem with a $45,000 minimum price of entry? Cars like the Cadillac XTS, which starts at $44,600. Of note, Cadillac’s 2014 CTS starts at $45,100, but the continuing CTS coupe (which gets included by GM in CTS sales figures) starts below $40,000.
Total Infiniti G/Q50/Q60 volume hit 4683 units in October, up 36.2%, and 43,686 units through ten months, down 11.7%.
* BMW is currently not separating sales of the 3-Series and 4-Series.