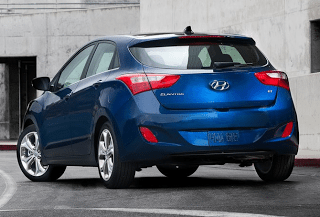 Second, the Hyundai Elantra outsold the Toyota Corolla, sales figures for which include the Toyota Matrix.

This marks the second consecutive month in which the Toyota Camry wasn’t America’s most popular car. It continues to lead in year-to-date terms, however, as the car which beat it in March dropped all the way to ninth spot. It’s not uncommon for Nissan to post some of the biggest March-to-April drops as the market shrinks.

Year-over-year sales across the industry shot up about 9%, but much of the increase was paid for by hugely popular trucks and big crossover gains. America’s two top-selling cars both reported losses, as did nine other cars in the top 20.

One car was present here last month but disappeared from the top 20 in April: the Nissan Versa. It was replaced by the Volkswagen Passat.

Historical monthly and yearly sales figures for all these vehicles, and every other vehicle, can be accessed by selecting a make and model at GCBC’s Sales Stats page. GCBC has already posted the list of America’s best-selling trucks. It’s actually a list of every truck that’s still on sale. The top-ranked SUVs and crossovers will be posted shortly.