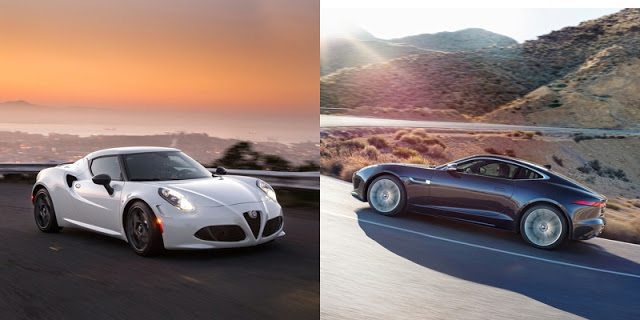 It’s a known fact, isn’t it? A year or two after launch, everyone who wanted a certain sports car already has one, and sales begin to slide.

We’re seeing it with the Scion FR-S and Subaru BRZ. We’ve seen it with successive generations of the Nissan 370Z. And only 17 months into the Alfa Romeo 4C’s U.S. tenure, we’re already seeing the extraordinarily low-volume 4C take a dive, as well.

17 months. It seems as though the 4C and its newer 4C Spider should still be fresh in the minds of sports car buyers. But is the carbon tub, two-seat, high-strung, four-cylinder Alfa Romeo 4C a step too far for sports car buyers who increasingly seek greater refinement, low-end torque, and practicality?

Over the last five months – the only period of time for which we can make year-over-year 4C sales comparisons – U.S. Alfa Romeo 4C sales volume has fallen 12%. Is that a meaningful decline?

In the 4C’s case, it only equates to 38 lost sales over a five-month period. If the 4C slides 22% through the final three-quarters of 2016, as it has through the first three months of the year, Alfa Romeo will sell 516 copies of the 4C in calendar year 2016, a loss of 147 sales over the course of the year. Hardly the kinds of numbers that keep Fiat Chrysler Automobiles’ accountants up nights, given that FCA sold 550 Jeeps every five hours in the month of March.

But as a sign of Alfa demand, it’s not a good one. True, there aren’t dealers on every corner – Alfa Romeo isn’t Audi, let alone Chevrolet. But according to Automotive News’ inventory tally, dealers had a 244-day supply of 500 4Cs and 4C Spiders at the beginning of March. Based on Cars.com inventory, the figures might be quite that high – Cars.com currently shows 244 4Cs in stock.

But Alfa Romeo only reported 53 4C and 4C Spider sales in March 2016, a 20-unit year-over-year decline compared with March 2016. Sales had increased by two units in February after falling by 30 units in January and by 10 units in December.

For such a low-volume car, these are the kinds of fluctuations that could be overcome with one healthy month. But it’s interesting, nevertheless, to contrast the 4C’s almost invisible sales performance with the achievements of another high-end sports car from a low-volume brand. Jaguar is hardly Audi or Chevrolet, either, but the F-Type averages nearly 400 monthly sales in America.

F-Type volume is up 6% to 1124 units through the first three months of 2016, the F-Type’s 12th active quarter. Year-over-year, F-Type volume has improved in 17 of 23 months in which it could do so. The F-Type’s ability to produce Mercedes-Benz SLK-besting U.S. sales volume causes us to believe that forthcoming vehicles, if they as accurately project core Jaguar values as the F-Type does, could produce meaningful volumes in higher-volume categories.

But if the Alfa Romeo Giulia projects the kind of Alfa Romeo identity that the 4C does, it may be the kind of semi-affordable sedan you rarely, if ever, see.