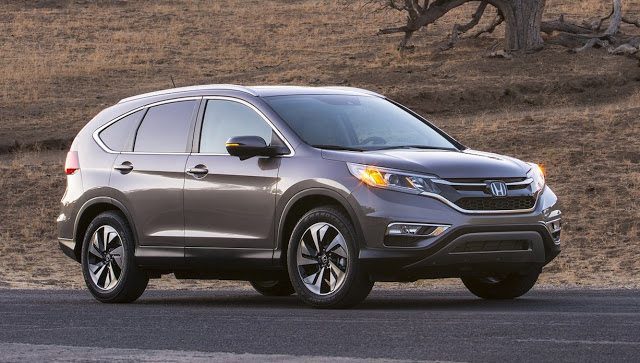 For a fifth consecutive year, the Honda CR-V was America’s best-selling utility vehicle, an SUV/crossover leader even as Honda ended the fourth-generation’s tenure at the tail end of 2016.

U.S. sales of the CR-V jumped 3% to a record-high of 357,335 units in 2016. The CR-V’s three top rivals – RAV4, Rogue, Escape – all reported all-time record U.S. sales, as well.
Indeed, among the 25 best-selling SUVs and crossovers in America, 17 sold more often in 2016, a record year for the auto industry, than in 2015. While passenger car volume quickly fell, SUVs/crossovers more than picked up the slack.
Historical monthly and yearly sales figures for any of these best-selling SUVs can always be accessed through the dropdown menu at GCBC’s Sales Stats page, and for those not viewing the mobile version of this site, near the top right of this page, as well. GoodCarBadCar has already published the list of America’s best-selling trucks and best-selling cars in 2016 and has also posted December-specific editions.