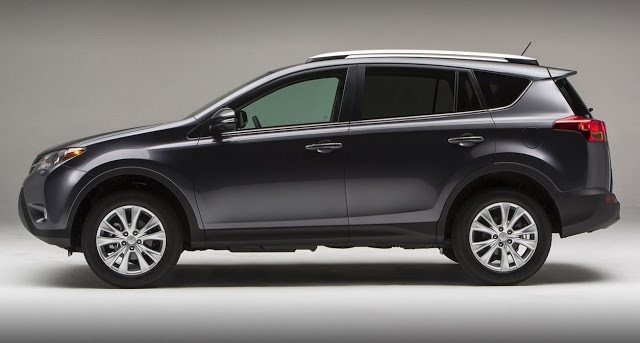 Setting aside an established powerhouse, the forever dominant Ford Escape, Canadian sales of the Canadian-built Toyota RAV4 surged 16% to 49,103 units in 2016, a record-high for Canada’s top-selling Toyota.

That was enough for the RAV4 to end 2016 as Canada’s top-selling SUV/crossover, with a little help from the Ford Escape’s 2% downturn. The RAV4 outsold the Escape by 2442 units.
With the top-ranked RAV4 rising 16%, the greatest rate of growth among the top six SUVs/crossovers, 17 of Canada’s 25 top-selling utility vehicles sold more often in 2016 than in 2015. That group of 17 included the Hyundai Tucson (up 45%) and Kia Sportage (up 75%).
Historical monthly and yearly sales figures for any of these best-selling SUVs can always be accessed through the dropdown menu at GCBC’s Sales Stats page, and for those not viewing the mobile version of this site, near the top right of this page, as well. GoodCarBadCar has already published the list of Canada’s best-selling trucks, will soon publish the list of Canada’s best-selling cars in 2016, and has also posted December-specific editions.