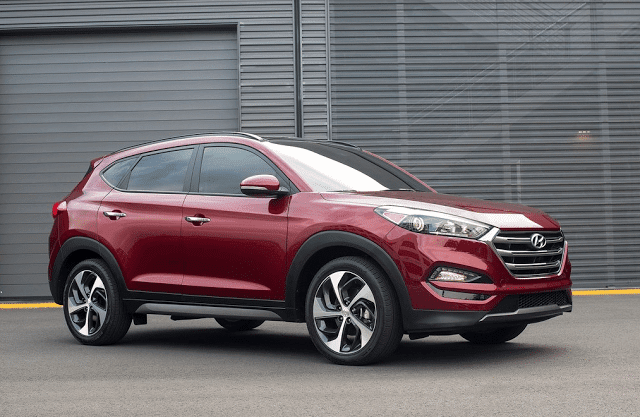 The Ford Escape earned another first-place finish in Canada’s annual SUV/crossover sales race despite suffering a 9% volume loss over the course of 2015.
One year ago, the Escape finished 2014 14,514 sales ahead of the second-ranked Honda CR-V – both utility vehicles posted record Canadian sales. But in 2015, the Toyota RAV4 surged forward with a 15% gain and came within a still distant 5480 sales of catching the Escape. Maybe next year.

The Escape is one of three Fords in 2015’s top 25: the Edge ranked 11th despite falling 8%; the Explorer ranked 13th with a 23% jump and topped all other three-row SUVs and crossovers.
The top 25 also hosted four Jeeps and a Dodge, three Toyotas, three Hondas, three Nissans, two Hyundais and one Kia, and two GM products. The Nissan Murano posted the biggest percentage gains, rising 115% compared with 2014. The Jeep Cherokee, Hyundai Tucson, Jeep Patriot, and Honda Pilot all produced gans of at least 30%.
Historical monthly and yearly sales figures for any of these best-selling SUVs can always be accessed through the dropdown menu at GCBC’s Sales Stats page, and for those not viewing the mobile version of this site, near the top right of this page, as well. GoodCarBadCar has already published the list of Canada’s best-selling trucks, will soon publish the list of Canada’s best-selling cars in 2015, and has also posted December-specific editions.