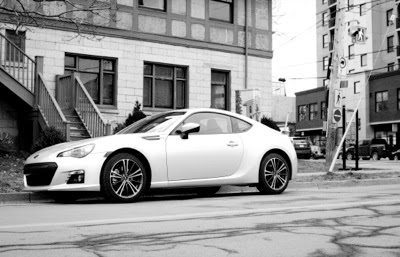 “Too fast” isn’t a phrase automotive enthusiasts want to throw out in the Twittersphere too often. In the quest for constant improvement, adding speed is the easiest thing an automobile manufacturer can do. We now have hot hatchbacks producing 911-like lap times, family sedans with enough power to embarrass Thomas Magnum’s Ferrari 328, and a hot-rodded Jeep that runs away from a stoplight like its hair is on fire.

The mere suggestion that a car is “too fast” implies a lack of control on the driver’s part, perhaps even a bravery deficit. At the same time, the writer who postulates on the “too fast” theme is, in some circles, thought to be more of a Prius fan than a member of the sports car cognoscenti.

Fortunately, we don’t need to have this discussion here and now. The Subaru BRZ is not too fast. Nor is the Subaru BRZ too slow. Mind you, if the Subaru BRZ is travelling too quickly, legally speaking, it’s unlikely to have exceeded its limits. And if a Subaru BRZ is moving too slowly, its driver is likely still enjoying the experience. 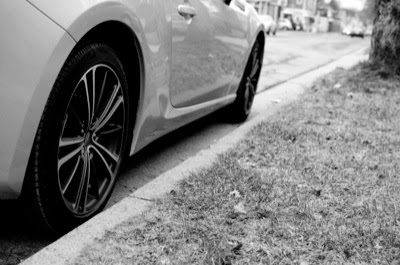 Reaffirm this fact, the 2013 Subaru BRZ isn’t slow. You don’t keep it on high boil in routine driving, not like you do a Honda Fit. To push the BRZ hard, however, you must actually apply maximum pressure to the throttle pedal. Treating Subaru’s own Impreza WRX STi this way would land you in a cold, damp, and dark county jail.

Not only does the Subaru BRZ allow you to give’er the actual beans, it provides you with a tactile experience in the process, regardless of speed. Sure, it’s more fun attacking a twisty country road than it is dawdling around city streets. But high speeds don’t need to be a core part of the BRZ’s diet.

The BRZ’s beauty lies in the fact that speed does not need to be scrubbed off in order to cope with corners. The speed to which you accelerate is a speed with which you can carve corners. While producing a car that would challenge mature drivers, Subaru obviously set up the BRZ to inspire confidence in drivers who are unfamiliar with rear-wheel-drive sports cars.

Steering is expressive, but not quite to the chatty level. The ride is firm but perfectly tolerable. These roundabouts proved to me that the BRZ sticks like the safety grit grip tape I applied to our front steps a couple weeks ago: full of friction at first; prior to a gradual unhinging. In the BRZ’s case, the rear end’s release is pleasant and perfectly controlled. (The gritty adhesive came off one step at a time and my mother-in-law slipped on the bottom step soon after. Even so, she bought me Christmas gifts and dried dishes while I washed after a Christmas dinner for twelve people.)

Speaking of mothers-in-law, you won’t be asking yours to sit in the back of the BRZ. Worse than the inadequate rear legroom – which you could add to by sacrificing space up front – is the lack of shape on the backrest. No BRZ buyer makes this purchase because of its rear quarters, of course. But a group of adults leaving for a night on the town will not likely depart the driveway in this car.

A couple could travel for a significant amount of time with plenty of luggage. The simple navigation system, superb front seats, that easily-modulated clutch, and the BRZ’s excellent visibility will undoubtedly help make long trips manageable. The naturally-aspirated 2.0L’s buzz is the only factor that will have you thinking twice about driving cross-country.

Toyota and Subaru jointly developed this car, not to make boatloads of money but to bolster their respective images. In Toyota/Scion’s case, that required signifiying to consumers that fun can be had in a Toyota showroom, decades after the 2000GT stirred souls. Subaru must have understood that rally cars only lend so much credibility to a road car manufacturer’s sporting bonafides. You won’t see a BRZ parked on every corner, but each BRZ should, theoretically, have you viewing the Subaru brand in a slightly different light.

There are those who think the Subaru BRZ and Scion FR-S are perfect. They’re not. Because the car I drove around Halifax isn’t perfect, some testers have found themselves in a state of deep disappointment. Subaru didn’t make the BRZ as much fun to drive as the dearly departed Mazda RX-8. The BRZ isn’t nearly as refined, either. But does that mean it’s not a tremendous sports car value? Any buyer who would otherwise purchase or lease a Ford Edge SEL or a Honda Odyssey or a Nissan Altima 2.5 SL can instead drive away in a Subaru BRZ.

Its mere existence is thus a boon to the auto industry. That it’s a terrific and affordable performance car is a blessing to the industry’s most valued stakeholder: you, the consumer.

So the BRZ is noisy and confining and a bit plain to look at. But it has a gearbox that shifts with this blissful mixture of delicacy and aggression, an engine that has plenty to say above 4000 rpm, and a chassis so lightweight it’ll have you thinking you shed a few pounds. These factors would be more than enough to override faults of far greater magnitude than the Subaru BRZ actually possesses.

Faultless, perfect, and peerless? No, it isn’t. Pure, graceful, and tactile? Indeed, more so than any other car at this price point.