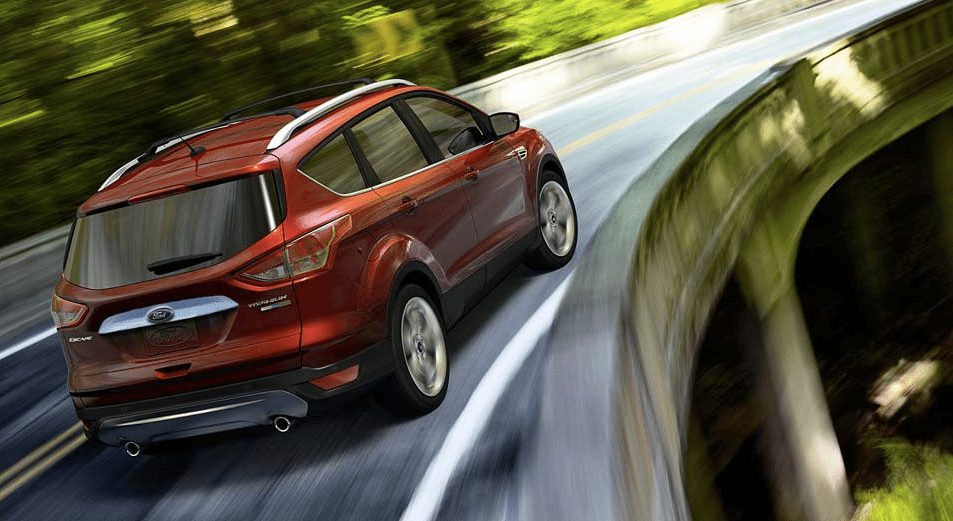 Escape sales in the United States reached record levels in 2013, as well. But south of the border, the Escape ranked second among SUVs and crossovers behind Canada’s number two, the Honda CR-V. Sales of the CR-V rose 3.4% to 34,481 units, a record level for the nameplate. CR-V sales were at record highs in the U.S. in 2013, too. The Honda CR-V was Canada’s favourite utility vehicle in December.

You won’t be surprised to hear that the Toyota RAV4 sold at a record-setting pace in both Canada and the United States in 2013. The RAV4 was Canada’s top-selling SUV/CUV in March.

The Escape was one of three Fords on this list of Canada’s 25 best-selling SUVs and crossovers in 2013. The Edge ranked ninth despite falling sales in the latter stages of its lifecycle. The Explorer was Canada’s 16th-best-selling SUV in 2013, down from 14th in 2012. The CR-V was joined by one other Honda in the top 25, the 24th-ranked Pilot. (Until the Vezel arrives, Honda’s utility vehicle lineup wholly consists of the CR-V and Pilot.)

The RAV4’s Highlander sibling was Canada’s 20th-best-selling SUV in 2013. Toyota’s premium Lexus division sold 7789 RX crossovers, good enough for 18th spot, three positions ahead of the next-best-selling premium brand utility vehicle, Audi’s Q5. The RX didn’t sell as well as it did in 2009; Audi reported the fourth consecutive year of improved Q5 volume. 49% of the Lexus vehicles sold in Canada are RX crossovers; 37% of the Audis sold are Q5s.