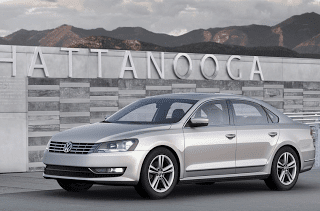 By late 2010, Volkswagen had proven that North Americans will quickly snap up VeeDub products in large volumes… if the price is right. The 2011 Volkswagen Jetta has been a smash hit for Volkswagen Of America and Volkswagen Canada, as U.S. sales jumped 27% in December and the Jetta became one of America’s best-selling cars.

Volkswagen has huge global aspirations, but to conquer the global auto market, Volkswagen must first perform well in the United States, something the company hasn’t been able to do in the recent past. Volkswagen can blame high prices on semi-premium products and reliability that called German engineering into question. Morever, the last Jetta and the outgoing Passat (excluding the more successful Passat CC) weren’t exactly drop-dead gorgeous.

With the 2011 Jetta, Volkswagen attacked the Honda Civic and Toyota Corolla with a similarly-priced larger alternative while, at the same time, sending a message to the Toyota Camry and Honda Accord that a roomy value-priced European option was now available for midsize buyers. The Good Car Guy offered up faint praise and some harsh criticism at the time, but it’s been no surprise to see crazy sales success for the Jetta.

Now it’s time for the Chattanooga, Tennessee-built 2012 Volkswagen Passat, a car which should come to market later this year with a U.S. price around $20,000 and a Canadian base price no higher than $23,500. If you haven’t spent much time on Volkswagen’s website lately, that’s equal to about $7000-$8000 in incentives on the current 2010 Volkswagen Passat.

Gone is the 2.0L turbocharged four-cylinder. In comes the Jetta’s simple 2.5L inline-five. A 2.0L TDI diesel will be available, as will a strong 3.6L 280-hp V6. With lesser engines, Volkswagen will apply a 5-speed manual transmission as standard equipment, strange given that this is 2011 and 6-speed manuals are the norm during new car introductions. 6-speed automatics and 6-speed direct-shift gearboxes will be available. The 2012 Passat is four inches longer than the 2010 model on a wheelbase that’s nearly four inches longer, so we can expect NBA-calibre legroom.

Though the Passat’s press release offered up a style analysis of Volkswagen’s own – “The Passat’s balanced proportions give it a unique, timeless and dominant styling…” – The Good Car Guy believes an outsider is a safer source on which to rely when it comes to style. Of course, beauty is in the eye of the beholder, yada yada yada. That should go without saying. Nevertheless, it’s time for a good ol’ fashioned GoodCarBadCar.net style analysis, just like the one provided for the 2011 Volkswagen Jetta, the 2012 Ford Focus, the 2011 Hyundai Elantra, the 2011 Volvo S60 and Volvo V60. So read on after the jump for the 2012 Volkswagen Passat’s Style Analsysis. 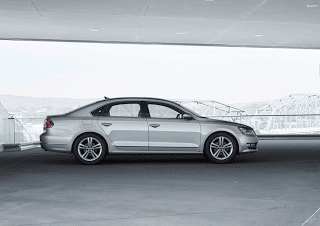 Imagine walking in to a Volkswagen showroom full of eager sales consultants in early 2012. The new Passat has been around for a little while; the sales team knows it well and have sold quite a few. One salesman catches your eye, notices you’re kicking the tires, and decides to introduce himself and begin his pitch. Unfortunately, he begins his pitch with a yawn. He seems easily distracted and says very little about the car itself, speaking mainly about the wonderful fuel efficiency of Volkswagen’s clean diesel technology. You ask about the jaw-dropping size of the new Passat, but he deflects and asks what you’re driving today. He seems strangely attracted to your 2009 Mazda 6, and not in a that’ll-be-a-nice-trade kind of way. The new Passat, he says, is way, way, way cheaper than the old one, but there’s still German prestige wrapped up in here. He coughs. Clears his throat. Then chokes a little bit on his words as he tries to imply that this new Passat takes the style of the very successful Jetta and applies it on a larger package.

You find this all a l’il curious, then buy the new 2012 Volkswagen Passat because, hey, you’ve always wanted a Passat but could never afford one before. Not until you get home do you realize the new Passat’s styling is so forgettable it disappears in your driveway.

Indeed, the 2012 Volkswagen Passat is bland to the point of being dangerous. This is the kind of bland that grows invisible in traffic and gets smashed by the guy in an Isuzu VehiCross because, well, “I just never saw you there.” So forgettable is the 2012 Volkswagen Passat that…. uh, what car was I talking about? This 2012 Passat is channeling the 1980s, The Good Car Girl said. That’s the sort of thing which tends to add dimension in all the wrong places, the kind of history which should only repeat itself in leggings and denim, not cars.

Strange though it may sound, there is no obscenely bad viewing angle for this car. The headlights are shaped appropriately. The taillights are angular and properly spaced out beneath the trunklid. Dual exhausts never hurt the rear-end styling of a car. And the roofline, though not at first glance, is actually rather Volkswagen/Audiesque in its arc.

But the more you stare at pictures of the 2012 Volkswagen Passat, the more I wish I was staring at something else. Onlookers start to fall asleep and, like the salesman we spoke of earlier, yearn for prettier things. This is the debut example of the new Passat, but the profile of those tires appears tall enough to work on a Jeep Wrangler. Sportiness is not thereby conveyed. The grille protrudes ahead of the headlights in an annoying fashion. The five-spoke design of these specific wheels appears weak and spindly. Big cars need strong spokes. Fussiness is found where the slab-sided body’s character line snuggles the hood’s shutline and the hood’s shutline nuzzles the hood’s character line. Volkswagen spoke fondly of predominant horizontal effects, yet after analysizing the car for a while, the seven lines you can easily count on the side of the car become dizzyingly long. Good styling masks unfortunate largesse and plays up incidental puniness. Volkswagen’s new Passat just looks enormous. Where is the masking, the playing up? There’s also a sense of an overloaded trunk. Is there a body in there, a crime we should report? The front end rides a speck too high, the rear a speck too low.

Still, this car will sell in numbers far exceeding Volkswagen’s paltry 12,497 Passat total from 2010, more even than the Passat CC’s 27,987 2010 total. Truthfully, Volkswagen wants to sell about 140,000 Passats annually in the United States. The VW badge has a certain allure. A roomy, inexpensive, inoffensive Passat will bottle that allure and sell it by the caseload. There is nothing about this car that stands out, a feat not unlike what Toyota routinely pulls off with the Camry. As you know, this hasn’t hurt the Camry, America’s best-selling car in 2010.

Besides, the interior of the 2012 Volkswagen Passat hasn’t even been mentioned yet. Far more pleasant than the exterior, the very Germanic architecture, the level centre console, the tri-coloured dashboard, and the classy gauges all convey the sense that you’re in a $28,000 Passat, not one that actually costs less than the neighbour’s Camry.

Check out all the pictures in the Gallery below and stay up to date on GoodCarBadCar.net’s Midsize Car Sales Graph to track the monthly successes or failures of the new Volkswagen Passat.