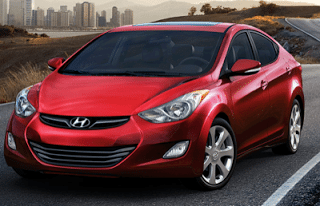 GCBC has already posted early December 2012 U.S. sales figures for a number of brands, and although those numbers are important, this 2012 Year End U.S. Auto Sales Brand Rankings post is the one that most people will come to see.

Through the end of November, U.S. auto sales had risen 14%. The jump in December appears to be a little below 10%, so we’re looking at, approximately speaking, a 13% jump in U.S. new vehicle sales in 2012.

Much of that increase has been provided by Honda and Toyota, automakers which suffered greatly in 2011. But vehicles like the eminently popular Ford F-Series, the Ford Focus, America’s best-selling American-badged car, the Mercedes-Benz C-Class, and even the Jeep Wrangler have produced tremendous improvements, as well.

Huge gains were posted by individual brands like Chrysler, Scion, Fiat, and smart. Toyota added 367,995 sales to its total. Declines were rare but notable: Lincoln is in a terrible place, and its crosstown rival, Cadillac, had a rough year but a terrific end to that year. Oh, and Suzuki slid, as well, so far that the brand is now defunct in the United States. GSX-R for the win. And Jaguar, but Jaguar hardly counts. And Mitsubishi. Which is probably the next Suzuki.

Brands are ranked by 2012 twelve month totals. 2012 is over, and more than 14 million new vehicles were sold in the United States. There’ll be a market share chart here for you to examine here shortly and best seller lists will be posted soon, too.

Source: Automakers & ANDC
* Total Does Not Include Lamborghini