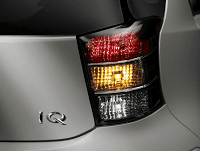 Are these cars comparable? At all? On purely financial grounds the 2012 Scion iQ doesn’t seem all that impressive. Outside of the fact that Scion says it’ll be filled with desirable equipment, the iQ is a unique product which must appeal to the emotional side of the brain, not unlike the Fiat.

*Update: In the time spent writing this post, Scion.ca changed the Scion iQ’s
dropdown section on the homepage from $16,760 back to “Coming Soon”.*

In the United States the 2012 Scion iQ is priced from $15,995 including destination. There’s just one trim level south of the 49th, but accessories are plentiful. Not that currency exchanges can ever be expected to work in Canadians’ favour, but if they did, the Scion iQ would have a freight-and-delivery-included price of $15,160. Instead, we’re asked to pay around $18,000.

Care for more Canadian pricing context? Excluding freight and delivery, the Honda Civic, Canada’s best-selling car, starts at $14,990. The Ford Fiesta SE Hatchback starts at $15,716. The new 2012 Hyundai Accent – loaded with a 6-speed automatic, sunroof, heated seats, Bluetooth, and a wonderful power-to-weight ratio – tops out at $18,399. The most basic Jeep Wrangler has a Canadian MSRP of $18,345.