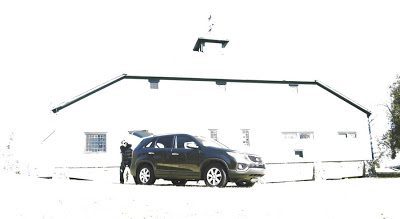 Sitting near the back of the bus, exiting our semi-rural junior high school parking lot at the end of yet another long May day trapped inside, I overheard some uninformed automotive commentary coming from the female passenger seated ahead of me. “My father drives a Prelude like that one,” she said, pointing to a red ’97 one of our cool teachers drove.

“He’s going to trade it in though,” she continued excitedly, “and we’ll get an SUV instead.”

“What’s an ess-you-veeeee?” her friend asked, baffled. Rather dismayed at this juncture – my father, who enjoyed driving, drove a red be-winged Subaru Legacy 2.5GT with a cosmetic hood scoop and a manual transmission – I heard her reply, “Oh, it’s like a Jeep. Or a Geo Tracker.”

Her parents bought a Honda CR-V with the exterior-mounted spare tire, side steps, and a push bar. The next week another kid in my class was seen in the back of a new Toyota RAV4.

The world was changing. Minivan acceptability was shrinking. Trucks were more refined than ever before. And teenage girls thought a car-based cute-ute was cooler than the best-handling front-wheel-drive car of all time.

Whether you call them SUVs or crossovers or CUVs, inexpensive five-passenger utility vehicles are now a vital part of every auto manufacturer’s fleet. Yet, in the era in which we’re now living, not too much more than a decade after that bus ride, one wonders about the number of teenagers who’ve grown up believing that small crossovers are nothing more than more boring alternatives to utterly characterless midsize sedans.

This vehicle segment may be marketed toward urban couples who drive to mountain chalets and have a wardrobe exclusively filled with organic cotton from MEC, but consumers buy smaller utilities in order to carry kids and cargo and not be in a minivan. In 2012, when adolescents see you driving a small or midsize SUV, they won’t call you a cool dad; they just know you’re less uncool than the guy in a minivan. The coin has been flipped. If you want to look cool, go buy a five-door GTI.

Comprende? A basic front-wheel drive Kia Sorento is not hip. It’s just another example of typical school drop-off machinery, as accepted as any other Toyota Camry rival-on-stilts. So against it’s terribly familiar and banal rivals, how does the 191-horsepower Kia stack up? GoodCarBadCar’s review of the 2012 Kia Sorento LX starts now. 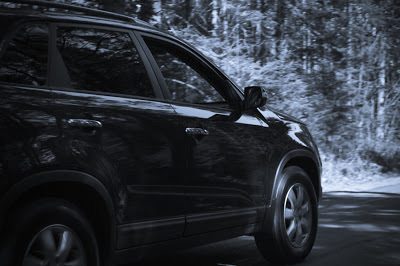 Now that we know we don’t need to establish whether the Sorento suits your rockin’ style, we can simply examine the facts and findings. Kia’s direct-injection 2.4L generates 181 lb-ft of torque and, for $26,595 in Canada, pushes the power through a 6-speed automatic to the front wheels. All-wheel drive is a $1900 option not fitted to our tester. Key features not available on the $25,990 Honda CR-V LX include alloy wheels, body-colour side mirrors, and roof rails. While at first these seem like small Japanese deficiencies, the 17-inch seven-spoke wheels and exterior brightwork cause the Sorento to emulate vehicles from a class above; the CR-V a class below.

As the Sorento’s price increases, so does the cylinder count and wheel size, only strengthening the Sorento’s value quotient. Regardless of trim, the Sorento’s snout is a bit pointy because of its undersized grille, its taillamps a touch oversized, and the lower section of its doors too scalloped. The second-gen Sorento is a classy vehicle overall, capable of mixing it up with larger midsize SUVs stylistically while coming across as youthful enough to hang with the new Ford Escape.

Moving inside, the Sorento LX doesn’t come close to keeping up with the new Optima sedan in terms of design and material quality. Controls are positioned perfectly, and the actual touch points feel decent. But the black plastic surrounding the stereo and temperature controls might not even be appropriate in Kia’s new Rio. Seat comfort is superior to what I’ve encountered in other inexpensive crossovers. The driver’s seat is adjustable for height; the wheel tilts and moves telescopically. Together with expansive glass, the ease with which the driver finds comfort has a positive impact on visibility.

With the rear seats folded, cargo space is 3.6 cubic feet better than what you’ll find behind the front row of a Ford Edge. The absence of the optional third row seat provides plenty of under-floor storage, as well. Seats up, passenger space for two adults and a child is perfectly acceptable, but actually getting in and out of the rear row isn’t an enjoyable process. Ever hop in the back seat of a gen-two Land Rover Discovery? Ingress and egress in the Kia is better than that. But not by much.

You’ll see a separate gate for DIY shifting when you’ve finally turned the key and slid the shifter back from P into D. On meandering inclines you’ll want to make use of this feature as the Sorento 6-speed holds onto gears for decades, seemingly waiting for Christmas 2022. Shift already, you’ll want to scream. Drivers (and passengers) will notice a certain abrupt settling when the driver’s foot comes off the throttle. It’s not unlike what happens when you quickly remove your foot from the throttle when accelerating aggressively in a manually-shifted car, only not quite that disturbing. For a brand new car, the Sorento also exhibited some refinement failings, namely premature squeaks in the headliner and seats. As is the case with many direct-injection powerplants, the Sorento’s 2.4L four-cylinder isn’t the smoothest at idle, almost rough when cold, but it’s Honda-smooth once underway. Wind noise will also be a problem for former Lexus RX350 owners.

Generally, even the sportiest of Kias aren’t sporty. The Forte Koup? It wasn’t engineered by the same guys who worked on the Lotus Elise. Expectations for a 3800-pound utility which stands 5’8″ tall are reasonably low. Tossing the Sorento around Laguna Seca isn’t a part of this Mazda CX-5 rival’s daily activity. That said, my routine driving took the Sorento up a  wonderful hill climb where speeds rarely climb above 50 km/h. It’s a terrific real-world suburban test for any vehicle, and the 4-cylinder Sorento proves plenty powerful – since when did we need 276-hp V6 engines in vehicles of the Sorento’s ilk? – and plenty willing. In fact, the Sorento seems almost playful, like a rowdy and inexperienced running back who thinks his trash talk is witty enough to intimidate veteran defensive linemen. 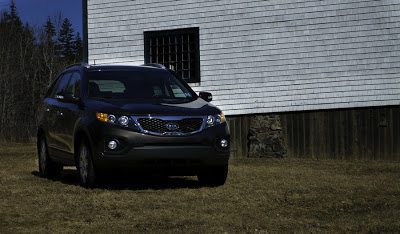 The Sorento isn’t a CX-5 or even a Sportage, but there’s something about its dynamic personality that encourages aggressive cornering, even as it wilts under the pressure of 35 km/h switchbacks. You won’t try daring maneuvers frequently. This Kia just isn’t up to it. But it easily puts what power it has down to the ground, shifts gears much better when pushed hard, and doesn’t bemoan the fact that its weight is, in one fell swoop, promptly shifted to the outer wheel.

Don’t get me wrong: there is no steering feel here, and ride quality was clearly favoured over handling. But the heavy Kia is fun, not because it is fun, but because it tries to be fun, like a vehicle which could go into the AMG development room as a ho-hum crossover and come off the AMG production line as a capable sporty utility. Admittedly, this is a sensation I’ve received from many overtly unsporty vehicles in the past, vehicles which require a concerted effort from the driver if forward progress is to be made at a faster than normal rate. There’s something very satisfying about driving smoothly and quickly in a vehicle which, unlike the easy-to-drive-fast Porsche Cayenne Turbo, wasn’t designed to do so.

Just as consumers no longer buy Sorentos or CR-Vs because the vehicle category no longer represents that which is allegedly cooler than the sport compact class, they’re also not acquired for their strangely appealing dynamic range. Visibility, capacity, equipment, and warranties play a larger role.

On that topic, the Sorento is a winner. It begins and ends with Kia’s pricing strategy. In Canada, the Sorento is offered with 0% financing as a matter of course. This family-friendly LX can routinely be purchased with $250 bi-weekly payments over five years. Regardless of how many crotchety old accountants will cry over the number of citizens who care more about payments than price, this is how cars are bought. A lower-priced CR-V, which is a rare and undesirable model anyway, will actually cost more because of Honda’s heftier interest rate. In many instances, this is when Kia’s comprehensive 5-year warranty seals the deal.

There are countless buyers for whom a Kia is unfortunately not a conceivable option. They’re not missing out on a clear-cut class leader. It’s not the most efficient crossover. The LX 4-cylinder certainly doesn’t make it the fastest. There are SUVs with more convenient flip-and-fold rear seats. And true fun seekers will be sorely tempted by Nissan Jukes and Volkswagen Tiguans. Teenage daughters might want something sportier, something that doesn’t look like it’s supposed to get muddy, something that the parents of their friends aren’t already driving.

Yet by skipping over the 2012 Sorento, Kia avoiders may be missing out on the best value in the sub-$30K crossover segment.

Your concerns don’t necessarily line up with those of your children. You want to protect your bank balance while driving a nicely equipped quality automobile that doesn’t drink too heavily when carrying five people and their freight. If you don’t remember that your bank balance has a lot more to do with this decision than your teenage daughter, then that very same teenage daughter will be complaining that the Subaru BRZ’s small trunk forced her and her little brother to carry half the Costco grocery load in the back seat. On their laps. All the way home. While Mom was playing Rod freaking Stewart. And Grandma got to sit in the front seat, and Grandma wouldn’t pull the seat forward, so it was pinching her Uggs. Fer realz.

Then they’ll petulantly ask you to trade in your cool car for a Geo Tracker. Or better yet, a Kia Sorento.