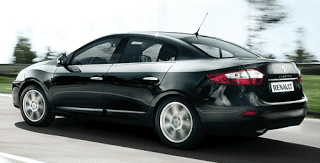 The Mexican new vehicle market grew 11.4% in the first half of 2011 as sales of nearly every automaker competing south of the Rio Grande began a slow recovery toward normal levels.

Nissan continues to be the most popular car company in Mexico, out-selling its nearest rival, the whole General Motors conglomerate, by nearly 23,000 units.

In fact, if the table of Mexican auto sales below were to combine Nissan and Renault, a perfectly reasonable combination given their corporate structure, the duo would be more than 33,000 sales ahead of General Motors.

The Good Car Guy doesn’t profess to be an expert on the Mexican automotive market, so rather than delve into the details a simple explanation of what you’re viewing will suffice. In the third column from the right you’re looking at total volume sold between January 2011 and June 2011, the first half of 2011. (Check out first quarter rankings here.) In the fourth column you’ll see the year-over-year percentage gains or declines, as compared with the first half of 2010.

Apart from Alfa Romeo’s rise from nothing, there have been no greater gains than Porsche’s 82.2% improvement or the 63.7% and 48.8% jumps reported by smart and Audi, respectively. Although it wasn’t the case after three months, Audi was Mexico’s best-selling luxury brand through the first half. No decline has been worse than Bentley’s halving, but among mainstream automakers, Lincoln’s 28.7% drop stands out.