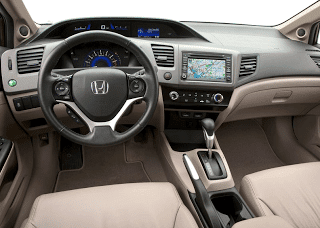 Instead of ranking eighth with a 9.7% year-over-year decline, the Honda Civic is Canada’s best-selling car through seven months with a 5.2% drop. Only in March and April was the Civic Canada’s most popular, but its lead in those months was substantial enough to keep the surging Hyundai Elantra at bay.

Canada’s best-selling SUV is the Ford Escape; as it has been in every single month of 2011 save for April, when the Dodge Journey roared into top spot. Try pairing the GMC Terrain and fourth-ranked Chevrolet Equinox and General Motors finds itself in second spot among utility vehicles.

Don’t allow yourself to believe that the Ford F-Series wouldn’t be Canada’s best-selling truck if only GM would just market the GMC Sierra and Chevrolet Silverado twins as one truck. All of GM’s pickups – that’s the Sierra, Silverado, Avalanche, Colorado, Canyon, and Escalade EXT – combined for 53,973 sales from January to July.

The 25 best-selling cars, 20 best-selling SUVs, and 16 best-selling trucks (that’s all the trucks there are) in Canada are in the tables below. Don’t forget about minivans, though. The Dodge Grand Caravan is Canada’s third-ranked vehicle overall.